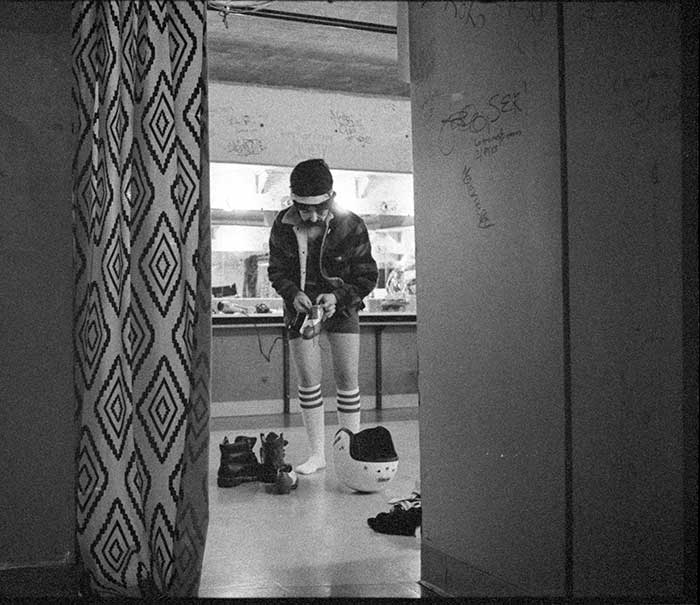 At IUP is where she was introduced to Clown, Commedia Dell’arte, Mask, Melodrama, and Devised theatre, thanks to her professor Rick Kemp and the Pig Iron Theatre Company, who did a residency at the school.

After graduating, she worked on the play I Promised Myself to Live Faster with the Pig Iron Theatre Company. Then swiftly moved to Los Angeles, where she interned at CONAN the summer prior. Natalie wasted no time getting involved in the comedy scene and signed up for classes at the Groundlings, Upright Citizens Brigade, and I.O. West. While working her improv muscles, she made ends meet by working odd jobs, most notably as a background actor on Pretty Little Liars, a salesman for scam acting classes for kids, and a security guard (venues secured include: The USC Campus, The Governor’s Ball at the Academy Awards, and the LA Auto Show). It was on the set for Pretty Little Liars that Natalie heard about The Idiot Workshop classes with John Gilkey of Cirque du Soleil, and from there she entered into LA’s alt comedy scene with a group of weirdos called Wet the Hippo.

While performing with Wet the Hippo and at UCB, performing for 3 years on Maude Night with teams Eastwood and Karate Karate, Natalie started hitting the stand up comedy and variety show circuit. She took her absurd characters to any and all shows she could get booked on, and made her mark on the LA alt comedy scene with bits as a dying worm, a sweet orphan possessed by the devil, and a low status, power hungry security guard.

She took those characters to the New Faces of Comedy character showcase at the Just For Laughs comedy festival in Montreal 2016. After returning from Montreal, Natalie sought to create something more substantial than the 10 minute comedy bits she had grown accustomed to, and she began workshopping her first solo show, LAID at the Lyric Hyperion Theatre.

Natalie also works as a voiceover actor; her most notable credits include playing ‘BUTTERCUP’ on the reboot of PowerPuff girls and various voices on FOX’s new series Duncanville. Oh, and you may notice her in commercials every now and then.

Natalie continues to develop her material by haphazardly throwing new ideas up on stage in Los Angeles–sometimes it’s good, sometimes it’s bad. Hey, we can’t always be hittin’ home runs, and sometimes the best part of the game is the fly ball!

Check her TOUR page to see where she’s playing next, including free workshop shows around Los Angeles as well as her critically acclaimed solo shows.